Star Wars: Rogue One: Book and Model: Make Your Own U-Wing 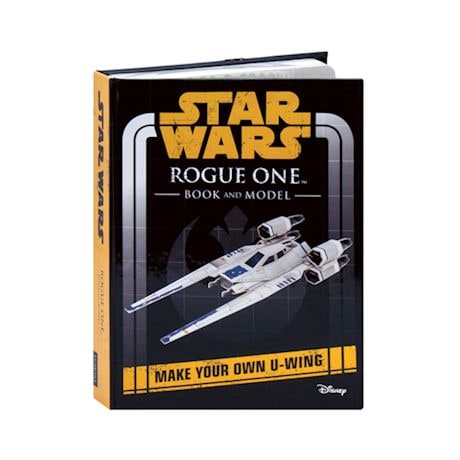 Star Wars: Rogue One: Book and Model: Make Your Own U-Wing

Set immediately before the original Star Wars film, Rogue One: A Star Wars Story follows a team of rebel fighters as they infiltrate an imperial stronghold and steal the plans to the Empire's new superweapon, the Death Star. Along with new characters, many new vehicles were introduced, including the Rebel Alliance's U-wing fighter and troop ship, the Empire's TIE striker, and the AT-ACT heavy walker, all profiled with schematic drawings and descriptions in this book and model set for readers 7 to'. You can also build your own three-dimensional model of the U-wing; just pop out the colorfully printed die-cut pieces and insert the tabs and slots as shown in the illustrated instructions. The sleek ship measures nearly 11 inches long when completed.